In the current world of abundant information and knowledge, there exist several schools which provide an environment for teaching and learning purposes.  Almost all countries around the globe have formal systems of education, and individuals pass through stages of education from the very low levels to the highest learning levels (colleges and universities). Moreover, there is also the idea of private and public schools in Australia, and they have some differences in the approach to education. However, they both have the same goal: To equip learners with enough knowledge that can assist them in the invention and innovation of systems and tools that will help the world in different aspects. In Australia, there exists a formal system of education and here is are brief details of how the education system works:

Primary School Education – This is the lowest level of education in Australia whereby pupils go through a series of classes after which they are promoted to the next stage of the system. It runs for eight years after which the pupils are entitled to a certificate of completion.

Secondary School Education – after pupils complete the primary school education, they are posted to various secondary schools that exist within the country to gain further knowledge on what they were taught while in primary schools. This stage takes four years after which the student completes the stage and is issued with a certificate of completion, and promoted to even a more knowledgeable stage.

Senior Secondary School Education – The senior secondary is the final stage of the primary-secondary school education in Australia. It runs for two years. A student is issued with an SSCE (Senior Secondary Certificate of Education) and is now ready to join a recognised higher education or VET for tertiary levels.

Tertiary Level Education – It provides a higher education level for research and innovation where the scholars narrow down to a specific area of study and knowledge application. It usually occurs at the age of 17 years. It offers several courses that help scholars become part of high productive skilled-labour in Australia. After this level of education, an individual is now free to get back into the society and apply the skills he/she gained to help shape-up and improve on the economic, sociological and other aspects of the nation.

The AQF (Australian Qualifications Framework) is what distinguishes Australian Education from the rest of the world. It was laid down in 1995. It is an additional advantage that enables smooth inter-institution transfers whenever the requirements of the student VISA are satisfied. It is of benefit because it allows flexibility in career-planning. It also assures the learners that the qualifications they are undertaking are legal and genuine from an authorised institution.

The official language used in the Australian education system is English because it is widely spoken in Australia and the rest of the world. Thus, individuals that study in Australia can engage with other learners from different countries because they can easily understand each other through the common language used in many schools in most of the countries.

Luckily enough, Australia is one of the countries that has invested a lot in the field of ICT and thus learning experiences minimal disruptions even with the pandemic that the world is currently experiencing (COVID-19 Virus). Almost every learner is equipped with a mobile gadget capable of accessing the internet and have access to online learning resources from their school pages. Some of these gadgets include Laptops, mobile phones, among others. They can also set up online classes and lectures with their tutors (instructors) and continue with their normal learning process.

For the best education for your child, send him to the leading boarding school in Brisbane. 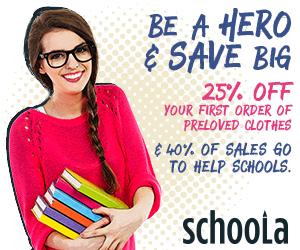